Glutathione, or GSH — often referred to as the “master antioxidant” for reasons we will explore here — is hands-down one of the most versatile supplements available to Miami HCG Diet patients in terms of the science-backed health benefits it delivers. Let’s find out how Glutathione injections can help you.

Let’s get straight into the numerous beneficial effects of glutathione injections for anti-aging health and how patients can improve their well-being with glutathione supplementation.

Before diving into the various health benefits that glutathione offers, let’s take a brief survey of what it is.

Glutathione is a tripeptide, meaning it is made up of three unique amino acids (glutamic acid, glycine, and cysteine). Its primary functions in the human body (and in all mammals) include:

In a complex interplay with various compounds, the chart below illustrates the mechanisms by which the “master antioxidant” exerts its powerful activity at the cellular level. 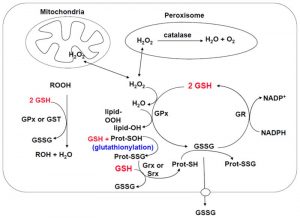 However, beyond eliminating potentially damaging oxidation (in the form of free radicals) from the body, glutathione offers a number of other notable health benefits that make it an attractive supplement to include in any anti-aging regimen.

How Is Glutathione Produced in the Body?

All human cells are capable of producing glutathione and do, but the primary synthesis site is the liver, which manufactures glutathione following intake of the necessary precursor ingredients (amino acids).

Cells can access vital glutathione in one of three ways: 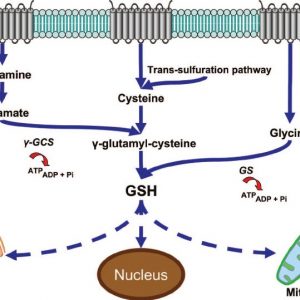 Some natural methods can produce modest increases in glutathione levels, such as:

However, to maximally increase glutathione levels to complement endogenous glutathione production and get the most from the “master antioxidant,” Miami HCG Diet patients can boost their levels through highly effective, cost-effective glutathione injections. 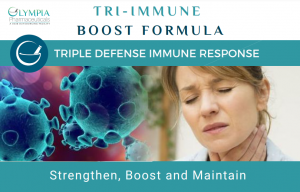 As we have explored here, glutathione on its own delivers impressive health benefits. However, in combination with zinc (critical for nervous, immune, and digestive system health) and vitamin C (a powerful anti-inflammatory and antioxidant agent), the “master antioxidant” effects of glutathione are multiplied.

At a $250 price point, the Tri-Immune Boost kit comes with everything you need, including detailed, easy-to-follow instructions for pain-free and hassle-free injections into the arm, leg, or glutes.

For optimal results, we recommend most patients to administer 1mL every 3-4 days. At that rate, the supplies will last 3 months.

Glutathione Supplementation: What Are the Health Benefits?

Let’s run down the essential, most important benefits of glutathione supplementation provided via the Tri-Immune Boost. 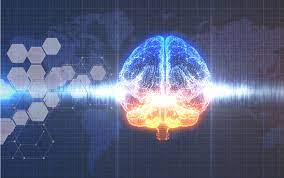 The unrivaled antioxidant capacity of glutathione makes it an ideal supplement for preserving and enhancing cognitive function as well as for defeating depression, anxiety, and other mental health challenges.

Via its role as the “master antioxidant,” glutathione is increasingly popular for protecting cognitive function in individuals with mild cognitive impairment (MCI), early-onset Alzheimer’s disease (AD), and other neurodegenerative conditions associated with oxidative stress:

​The bottom line: eliminating oxidative stress in the brain by way of glutathione is proven to enhance cognition and fight depression.

“An exaggerated inflammatory response is also involved in the pathogenesis or complications of pulmonary infections such as tuberculosis, severe acute respiratory syndrome, influenza, and acute respiratory distress syndrome (ARDS).”

As an anti-inflammatory agent, in turn, glutathione prevents runaway inflammation (inflammatory pathology) that is often the culprit of worst-case outcomes in patients battling infections.

Glutathione also enhances the other side of the immune coin, adaptive immunity:

“GSH is essential for some functions of the immune system, both innate and adaptive, including T-lymphocyte proliferation, phagocytic activity of polymorphonuclear neutrophils (PMN), and dendritic cell functions.”

The bottom line: in the era of COVID-19, preparing your immune system to conquer any challenges it might face is more important than ever. Glutathione is a powerful weapon to include in your immune-boosting arsenal.

In addition to the positive impacts of glutathione for optimizing health, this tripeptide also packs a powerful punch in terms of staving off a slew of chronic illnesses:

“There is increasing evidence that dysregulation of GSH synthesis contributes to the pathogenesis of many pathological conditions. These include diabetes mellitus, pulmonary and liver fibrosis, alcoholic liver disease, cholestatic liver injury, endotoxemia, and drug-resistant tumor cells.”

That means that, if your body isn’t manufacturing enough GSH in the liver, you are at a significantly higher risk of developing the conditions described above (with escalating risk over time).

Contact Miami HCG Diet to get started on your glutathione supplementation regimen for improved mental health, a fortified immune system,, and anti-aging protection.